Those of us who enjoy war history and cinematic classics will recall the 1955 black and white picture, The Dam Busters featuring Michael Redgrave as Barnes Neville Wallis, the British engineer and designer of the ‘bouncing bomb’. A totally original design created to destroy the dams of Germany’s industrial Ruhr valley during WW2, with the aid of the newly formed RAF 617 Squadron. 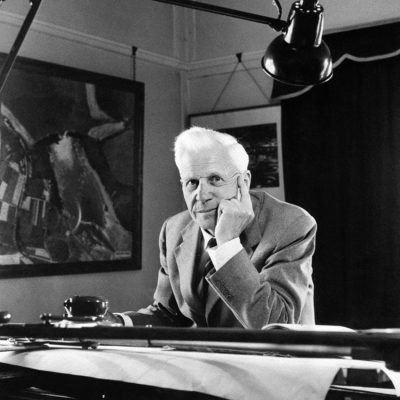 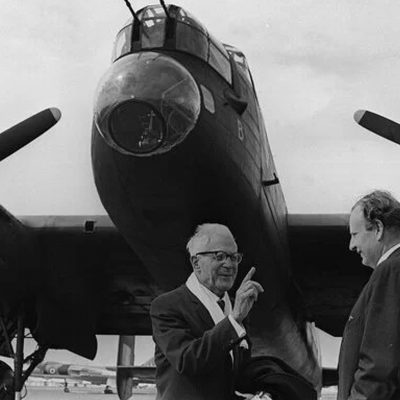 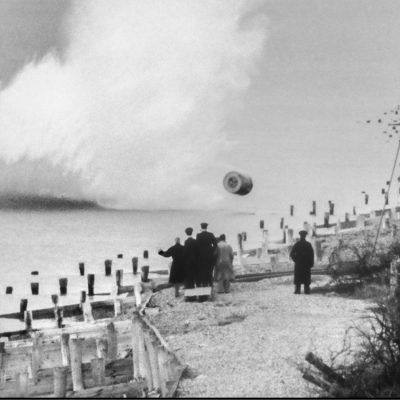 As Britain’s war with Germany was declared, Barnes Wallis found himself working for Vickers Aviation as the Assistant Chief Designer. It is a testament to his character and unique thought process that one of his first actions at the start of WW2 was to pen a paper entitled, ‘A Note on a Method of Attacking Axis Power.’ His intuitive mind theorised that strategic bombing would be necessary to bring an early end to the war.

The bouncing bomb created for a unique mission will forever be associated with Barnes Wallis. However, when you start to uncover his complete story it is very clear that this talented British design-engineer, was a prolific and accomplished inventor who put his hand to creation of designs in the fields of munitions, aeronautics, marine and radio telescopes. From an early age it was clear that Wallis was an exceptional mathematics and science student. On leaving school he initially trained as a marine engineer at JS White Shipyard in the Isle of Wight. This was a great foundation in fluid dynamics, but being young, forward thinking and ambitious he chose to move to Vickers Aviation in 1913 and work on airship and aircraft development. This was a bold move that required diligent learning of a whole new field. You could say this ability to learn and take hold of new subjects was just one facet of his genius as an inventor and designer. Barnes Wallis was interested in everything from science to the arts, pursued knowledge voraciously and innovatively searched for ways to improve design and solve problems.

‘The less you know about the subject the better you are qualified to introduce original ideas. I think it’s the essence of arriving at something new.’

Despite his academic diligence this speaks volumes of his character, giving an insight into why he was so successfully innovative in so many design fields.

During WW1 he took a short stint in the army before being recalled to Vickers Aviation. He was to continue work on the design of rigid airships to aid the war effort. Despite hours upon hours of refining design and starting construction these early airship projects suffered from insufficient labour and materials brought about by the Great War. Fortunately, this work was not wasted. Post war Vickers new subsidiary, the Airship Guarantee Company, was tasked by the Air Ministry to develop a rigid airship that could deliver passengers and mail to countries within the British Empire. Barnes Wallis and the Vickers team set about designing the R.100, utilising new design calculations to improve aerodynamics. On 3rd July 1929 the R.100 was finally deemed ready with successful trials being the precursor to an Atlantic crossing to Montreal, Canada. This impressive 3,364-mile trip was made in just under 79 hours!

By 1931 Wallis’ R.100 was sadly scrapped as airships lost favour. However, his understanding of geodesics from the design of the R.100 gas bags aided him as he transferred to aeroplane design. Recruited by Rex Pierson in a move to Vickers-Armstrongs, Pierson and Wallis became a formidable team with Pierson concentrating on the plane layout and Wallis on the all-important structure.

In the 1930s aeroplane design consisted of a rectangular skeletal framework, with the outer skin doped fabric supported on a fairly complex but otherwise useless wooden framework shaped to produce a streamlined form. The obvious disadvantage was the considerable weight it added to the basic structure. With his knowledge of geodesics, it occurred to Wallis that he could abolish the wooden falsework, and at the same time enlarge the internal skeletal structure to full streamline dimensions, by forming its members as geodesics in the surface of both wings and fuselage. The outcome was a much lighter, stiffer and stronger structure than ever before. This was revolutionary, paving the way for design and construction of two of the RAF’s strongest WW2 work horses: the Wellesley and Wellington Bombers.

From the moment WW2 started, Wallis put his brilliant mind to finding ways to shorten the war and reduce the loss of life. It became very clear to him that if much of Nazi Germany’s industrial base could be destroyed, supplies would dwindle and the war would falter. To this end he began research, focusing heavily on the Ruhr valley after realising that the water reserves held by the dams in this region were critical to steel production. With approximately 150 tons of water needed to produce one ton of steel, destroying the dams could significantly reduce or end the war.

An attack on a dam that was 112 feet thick at its base was deemed impossible with existing munitions. Wallis thrived on solving the impossible so as part of the ‘Air Attack on Dams Committee’, he developed ideas for a bomb that could detonate as near to the wall of the dam as possible. Tenacious as always, Wallis turned the impossible into reality with the ‘bouncing bomb’, RAF codename: UPKEEP. Designed to bounce across water in a calculated manner, avoiding torpedo nets to reach a target at a chosen speed and predetermined detonation. Operation Chastise was born and on 17th May 1943, and Barnes Wallis and RAF 617 Squadron became legends that would shake the Nazi regime and forever hold their place in history.

They became The Dam busters.

As the war came to a close, he was appointed Head of Research and Development at Vickers-Armstrongs, leading the way in aeronautical engineering. His team designed and constructed a stratosphere chamber which allowed experiments on weapons and aircraft at temperatures as low as -60֯C. In 1955 he consulted on the design of the radio telescope at the Parkes Observatory, Australia. The 1960s he pursued designs that overcame the challenges of supersonic flight.

The munitions and aircraft designed by Barnes Wallis did much to shorten war and save lives. His design legacy is multi-faceted, spanning an impressive seven decades. A life of dedication and innovation. A man who gave his best in times of war but did his utmost to pursue peace.

In 1968 he was knighted. Retiring at the age of 83, his contribution to innovative engineering design can only be described as exceptional. 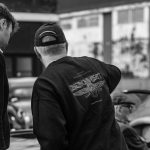 Bigger is not always better
Menu
We use cookies to give you the best experience. By using this site you agree to our terms and conditions.Ok, thanks!Privacy policy