Paying homage to the hydroplane record (1933)

Our 44mm Longitude Marine Series watch acknowledges the achievement of Hubert Scott-Paines’ record breaking Miss Britain III hydroplane boat, and powered by a beautiful ETA 2824 automatic movement, there is no doubt that it will keep impeccable time.

L2’s beautifully smooth polished case and DSL lugs effortlessly sweep into the black vintage leather strap which is handmade in the Zero West workshop. A polished and deep engraved half exhibition globe back with sapphire crystal window commemorates Hubert Scott-Paines’ 1933 100mph record-breaking run on Southampton water, over 80 years ago. 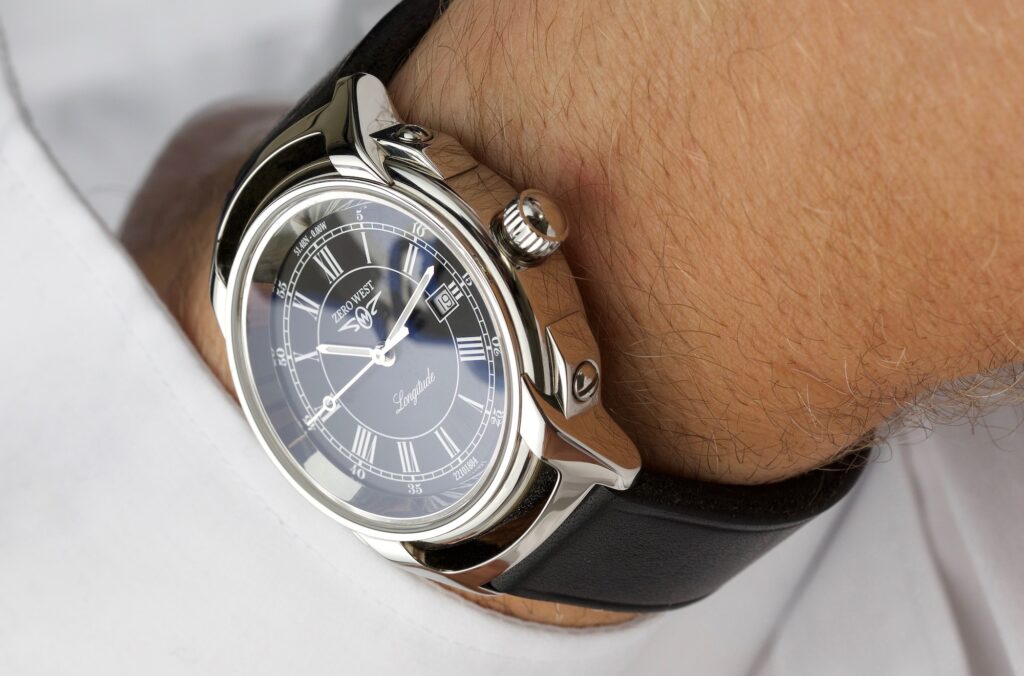 THE DESIGNER
THE HYDROPLANE BOAT
THE RECORD

Hubert Scott-Paine was a British designer, engineer, businessman and successful powerboat racer who epitomised the qualities of a great entrepreneur. Born in Shoreham-by-Sea in 1891, Scott-Paine would go on to forge an illustrious career which would see him mastermind the creation of the Supermarine AviationCompany as well as the first cross-Channel flying-boat service, the British Power Boat Company and Imperial Airways. He was a thrill seeker and with his Supermarine aircraft company, won the coveted 1922Schneider Seaplane Trophy.

Not satisfied with sitting back on the Schneider Trophy success, Scott-Paine turned his attention to his love of the water by designing a groundbreaking hydroplane boat. The project was cloaked in secrecy at his Hythe based British Power Boat Company and within just ten weeks, the iconic world record breaking single engined craft named Miss Britain III was launched.

The 1933 single engined hydroplane was designed by Scott-Paine and Fred Cooper to challenge for the International Harmsworth Trophy. It was a revolutionary design with aluminium reinforced wooden stringers and a highly polished Alclad pure aluminium skin and because of its groundbreaking geometry and lightweight materials, it weighed in at just 1.5 tons. Powered by a 1350 horsepower Napier Lion engine, and with a specially designed propeller, Miss Britain III was able to travel in excess of 100mph.

In September 1933 Scott-Paine piloted Miss Britain IIIin the Harmsworth Trophy challenge. He was narrowly beaten in a thrilling contest by Miss America X, a 38ft four engined, 7,800 horsepower colossus of a boat. The racing was close and the losing margin less than 1.5mph, but despite his defeat, Scott-Paine was lauded a British hero in what was described by the press as a “David vs Goliath” contest.