The DB-1 Blackout embodies a Time and Place, through the recognition of Operation Chastise, the most audacious bombing raid of all time. Of the 19 Lancaster crews that flew that night only 11 returned, having completed what many thought was an impossible mission.

Taking design cues form an altimeter this watch pays tribute to one of those Lancasters, ED825 whose mission it was to bomb the Sorpe Dam. With bold instrument dial hands and coordinates/date code referencing the mission, this British designed and engineered timepiece embodies everything we are passionate about. After all a watch without a story is well…just a watch.

Powered by a ‘Top Premium Grade’ SW200-1 automatic movement ensuring it never misses a beat it is fitted with a custom ZW aerospace grade rubber strap, bespoke stainless steel pin buckle and is limited to only 100 builds.

Accompanying the watch is a 100 page book on the mission modified Lancaster that comes with every DB-1. This stunning illustrated guide covers everything from raid to finding the crashed ED825 in Northern France. 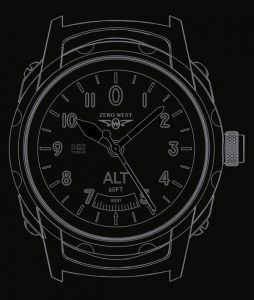 THE MOST DARING BOMBING RAID OF ALL TIME 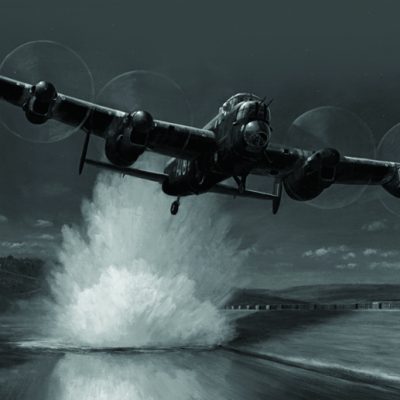 When the 19 Lancasters of 617 Squadron took off from Scampton on the night of 16/17 May 1943, nobody could have imagined that history was being made. Secrecy was such that very few people outside the squadron knew where they were going or what they were about to do.

The bare facts are that this was one of the most daring and skilled precision bombing raids in history. Two dams, (the Möhne and Eder), were to be attacked from a height of just 60ft at a designated speed, with the Upkeep being dropped at a precise distance from the target… at night. The fact that four out of the eight aircraft that attacked these dams are believed to have achieved this accuracy, is astonishing, especially as they were under heavy fire at the Möhne!

With both the Möhne and Eder breached, the third main target, the Sorpe Dam was attacked by two crews, both of whom achieved direct hits using a different method that didn’t require the Upkeep to bounce but the Sorpe dam held firm with Barnes Wallis believing that it would take at least five direct hits to break it.

Those extra attacks would never be forthcoming as four Lancasters were shot down or crashed on their way to the targets. Another two had to return after being damaged crossing the Dutch coast.

617 Squadron therefore lost eight Lancasters and 54 men, (with two POWs), on its first operation. It is this tragedy alongside the heroism and skill displayed that night, that makes the Dambuster’s one of the most incredible stories of WW2. 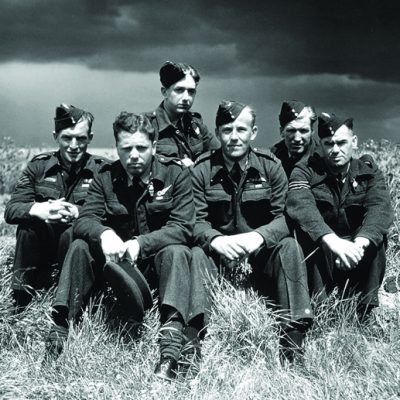 ‘Big Joe’ McCarthy was an experienced pilot but found the approach to the Sorpe Dam exceedingly difficult. On a hillside overlooking the target, there was a church with a very menacing steeple which left only seconds to pull-up after releasing the bomb.

It took 9 practice runs before bomb-aimer George ‘Johnnie’ Johnson let go the 4-ton Upkeep bomb at as low as 30 feet. 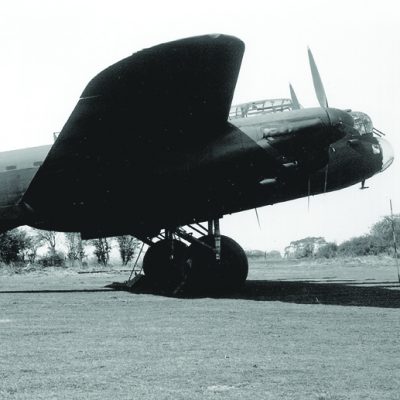 ED825 was the final mission prototype ‘Type 464’ and underwent flight trials and testing as well as handling characteristics with a full sized bomb attached. After air trials it flew to RAF Scampton at the request of 617 squadron as a backup plane to the mission.

On the evening of 16 May, one of the Lancasters ED915 developed an engine problem. McCarthy and crew not wanting their weeks of training to be wasted raced to the spare ED825 and rushed it into service as the last of the five detailed to attack the Sorpe dam.

Following Operation Chastise, ED825 was flown by a variety of crews on training sorties up and down the UK, and in October 1943 converted back to a standard configuration and allocated the new codes KC-E. It was in this form that she flew only her second operational sortie on 11th November 1943 against the Antheor Viaduct, carrying a 12,000lb ‘Blockbuster’ bomb.

On 10th December 1943, ED825 was flown from RAF Tempsford on a mission to drop supplies to the French resistance near Doullens. As F/O Gordon Weeden and his crew approached the town, a mobile Flak gun hit the aircraft in the fuel tanks setting it on fire. As Weeden steered away from the town, a large hill loomed out of the darkness and ED825 struck the ground just short of the summit. Tragically there were no survivors and ED825 was totally destroyed.

DISCOVERY OF AN ICON

It was rumoured that ED825 had come down 30 kilometres north of Amiens and around 50 kilometres from where its crew were buried.

This location had been pointed out several years before by author and researcher Jean- Pierre Ducellier, who had interviewed a farmer in the Doullens and taken meticulous notes and even had a wartime RAF reconnaissance photograph of the farm showing a disturbed area of ground where the Lancaster could have fallen. Unfortunately after an extensive search of the area nothing was found.

Only one final clue remained, a secondhand account that the aircraft had in fact crashed, high on the hill a kilometre away. The research team walked from the farm up the hill towards the area; swinging metal detectors wearily to-and-fro in the desperate hope of picking up the trail of wreckage. As the sun set over the village of Doullens, the first small piece of aluminium appeared from the earth.

The team quickly began to find parts scattered far and wide but the most identifiable object made from perspex and aluminium revealed that they had found something unique to the Type 464 Lancasters – the lower gun mounting. It was this finding that confirmed they had indeed found ED825 which had not dived steeply into the ground as first thought, but had flown into the rising ground before bursting into flames.

As British watchmakers, we have a history of retelling stories through our beautifully engineered watches. Past models include the S4 Spitfire and H1 Hurricane both featuring recast Merlin engine casing from their respective planes P9427 and P3708. The pilots of these iconic planes bravely fought during the Battle of Britain and the detailed accounts of these can be found behind every Zero West timepiece.

In 2020 we started researching ‘Project Chastise’ the holy grail of wartime aviation stories with scientist Barnes Wallis and the audacious Dambuster mission. This had been on our must have list from the beginning of the brand but finding material from an actual Dambuster Lancaster may have been a mission too far. Fortunately in early 2021 Zero West made connections with part of the aviation archaeologists who had researched and located the remains of ED825, one of the 11 Lancasters that successfully returned from that historic night, but later went missing in action in Northern France.

Negotiations ensued and incredibly we were able to obtain some precious pieces of ED825 aluminium that we would be able to smelt and recast to create a unique and rare watch for this once in a lifetime project. The significance of the ED825 material cannot be overstated and Zero West are privileged to have the opportunity to explain to other people why something so seemingly insignificant is entirely the opposite, and in doing so keeping the story alive.