In the history of the motor car, there a few marques more revered than Jaguar. Formed in 1922 by two motorcycle enthusiasts, William Lyons and William Walmsley, they started to design and manufacture road going sports cars.

Their first cars were the Jaguars SS Saloon and SS 100 open 2-seater sports models which set a good precedent for their future position as the best British sports car maker. Post WW2 saw Jaguar introduce the beautifully styled and engineered XK series of sports cars, starting with the XK120 which ran from 1948-54 followed by the XK140 (1954-57) and finally the XK150 (1957-61).

The XK was a stylish and revered sports car in its era, but what was to follow from Jaguar was arguably the most iconic sports car ever designed; the E-type. Introduced in 1961 it ran for 14 years until 1975 and on first seeing the E-type, Enzo Ferrari called it “the most beautiful car ever made”

Alongside their production cars, Jaguar were also actively involved in sports car racing with the C-type and then the successful D-type which was the inspiration behind the E-type, with its monocoque bodywork aerodynamically designed by ex-aircraft man Malcolm Sayer.

William Lyons was renowned for his thrift but when it came to proving Jaguars’ prowess, he championed his cars to challenge for speed records. The 1940s and 50s saw many record attempts which culminated in 1953, when Lyons challenged his engineers to regain the record.

The team set about modifying an XK120 to take up that challenge. Sayer modified the bodywork to give it the best aerodynamic performance, introducing panels under the car, blanked-off headlights, faired-in radiator grille and a metal tonneau with Perspex bubble canopy from a Slingsby glider to close off any open areas. Bob Knight and Jack Emerson set to work on engine and suspension to eek every last ounce of performance from the car including increasing the pressure and removing the tread from the Dunlop high speed tyres to form a set of “slicks”.

An integral and key member of the Jaguar team was Norman Dewis. He was development and chief test driver and held that position in the company from 1952-85. During the development of the car, Dewis sat in the cockpit but was unable to close the bubble canopy as it touched his head. The solution was to lower the driver! The seat was removed and replaced with a simple rubber cushion and backrest which made forward visibility challenging, but driver comfort wasn’t the aim of the exercise, and after all, it was pointed out to Dewis that “all you have to do is drive in a straight line”

The speed records at that time were run on Belgium soil at Jabbeke where there was a straight stretch of motorway which was closed off to regular traffic during record attempts. October 1953 saw a Pagaso 2.8 supercharged Z102 roadster driven by Celso Fernandez raise the record to 150.13mph, a challenge that Jaguar had to respond to. So in late October, the Jaguar team assembled in Jabbeke with the modified XK120. Dewis drove the car on some test runs but soon discovered that the cockpit was so well sealed that there was no oxygen to breathe! Sayer quickly added some vents to allow Dewis to breathe and the team was now set to mount the challenge.

The morning of Tuesday 20th October was near perfect for setting speed records. The wind was light and the humidity at 90%; ideal conditions to keep the car stable and squeeze every last horsepower from the engine. With all the technical timing equipment in-place, Dewis headed off towards Ghent where he would start the first leg of his two record attempting runs. He accelerated the dark racing green XK with its space age Perspex bubble canopy, reaching top gear and maximum 6300rpm just before he started the timing clock. He made the mile run and turned the XK around within the allotted two minutes to make his return run. Dewis noted that the car became very light as the speed built, meaning that a gust of wind would probably have taken the car off course. It was on the edge of every element of its 1950’s technology.

The return run was complete again at maximum 6300rpm and Dewis thought that he had extracted every last ounce of performance from the willing car, but when he coaxed her back to park ferme and his Jaguar ensemble, their faces looked glum, arms folded. Team manager Lofty England was the first to speak to Dewis when the bubble canopy was hinged open and asked what was wrong with the car as it hadn’t managed the record. Norman was astounded, it was pulling 6:3 and was on song. Lofty remarked that the rev counter must have been defective and reading high as he hadn’t gone much above 150mph and certainly not enough to take the record back.

Lofty England kept up the pretence for a long minute or so before wrapping a huge arm around Dewis, and with a very reserved British hug and beaming smile told him that he’d been pulling his leg and in fact the record was smashed with a maximum speed of 173.159mph. The team was elated; the record shattered and belonged to Jaguar again with their modified XK120 driven by the legendary Norman Dewis OBE.

There’s a time and place and Jaguars’ modified XK120 was in Jebbeke on the 20th October 1953, when another legend was enshrined into Britain’s rich and expansive motorsport history. 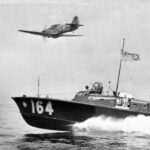 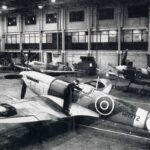 THE SPITFIRE FACTORY WORKERS WHO HELPED WIN THE BATTLE OF BRITAIN
Menu
We use cookies to give you the best experience. By using this site you agree to our terms and conditions.Ok, thanks!Privacy policy