The S2 watch conveys the simplicity of the classic avionic dials found in the Spitfire cockpit. Housed in a precision billet machined smooth polished case and matching ZW DSL lugs, is a distinct black dial reminiscent of a Smiths 8 day clock with period numerals and indexes, clearly defined avionics style hands, and red sweep seconds hand. The classic dial is framed by a simple black bezel ring and the hands and dial are highlighted with SuperLuminova X1 luminous pigment. The rear of the S2 watch has a technical plan view of a Mark IXc Spitfire.

The watch is powered by the stellar Swiss ETA 2824 automatic movement thus ensuring it never misses a beat. Hand and date adjustment is by a brass finished locking screw crown modelled on the joystick gun platform fire button, a feature once so familiar to those brave young RAF pilots during the Battle of Britain. The watch is fitted with a ZW handmade vintage leather strap with contrasting stitching and an engraved black PVD buckle.

Delivery on all orders is now March. This is to allow sufficient time for building/quality control and to fulfill all existing orders to the high standard Zero West prides itself on. 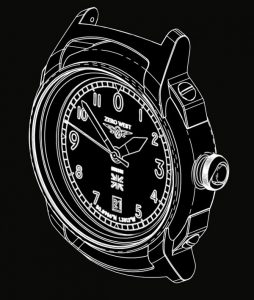 THE MOST ICONIC FIGHTER PLANE OF ALL TIME 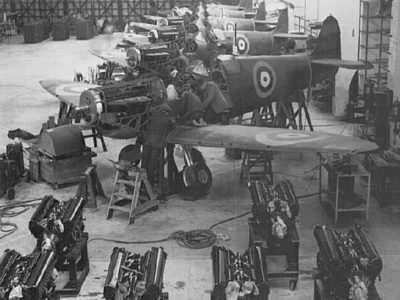 The Spitfire epitomises the very essence and best of Great British design. Nothing gives more pleasure than hearing the unmistakable growl of the mighty Rolls-Royce Merlin V12 supercharged piston engine, and then looking heavenward to see the beauty of elliptical wings as this historic masterpiece flies into clouds. Protector of our freedom, this legendary fighter plane is our heritage. In our S2 limited edition watch we have paid our own tribute to this magnificent example of British engineering and design. 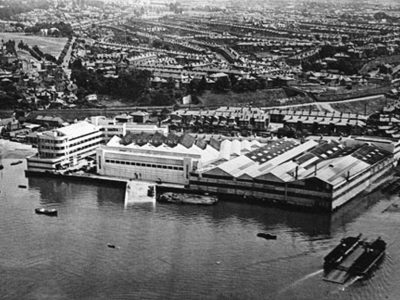 Reginald J Mitchell, designer of the legendary Spitfire was Chief Engineer at Supermarine Aviation Works in Woolston, Southampton. His inspired ‘seaplanes’ were designed with liquid-cooled engines and stream-lined bodies, with low drag. It was Mitchell’s Supermarine S6B that won the prestigious and sought after Schneider Trophy in 1931 and was clearly the precursor to his iconic masterpiece, the Spitfire in 1936. The Air Ministry quickly recognised that Mitchell’s Spitfire was both robust and adaptable and began ordering from Supermarine in earnest.

The threat of Nazi Germany, the Battle of France and subsequent evacuation of Dunkirk saw Spitfire production rapidly multiply. But it was during the summer of 1940 that the south coast of England came under intense bombing by Germany’s Luftwaffe. It wasn’t long before the Supermarine Aviation Works was targeted and manufacture was disrupted by continual air raids. The intense need to keep up production of this most precious fighter led the Air Ministry to help Supermarine set up shadow factories on the south coast and beyond. These shadow factories were workshops, garages, sheds, bus depots and even a hotel, and were predominantly filled with unqualified women, girls and boys. Supermarine and its army of workers produced over 2000 Spitfires during the summer of 1940. It was through this unquenchable spirit that the Battle of Britain was won.